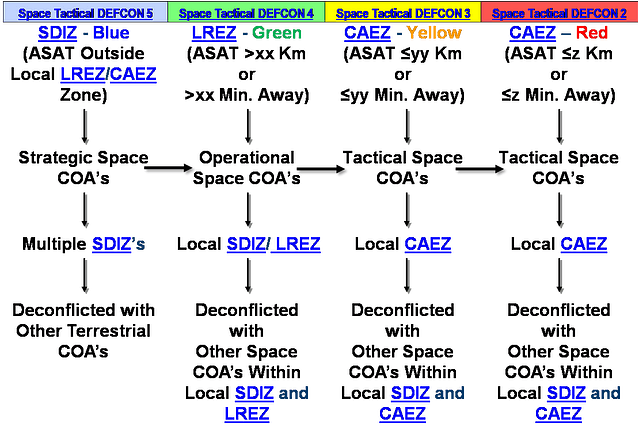 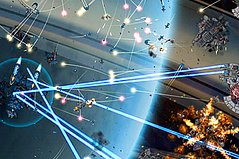 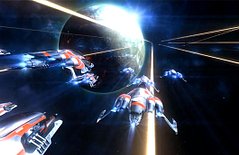 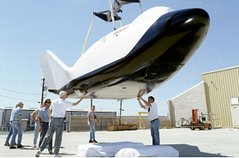 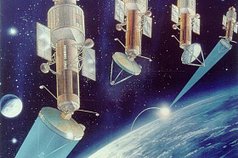 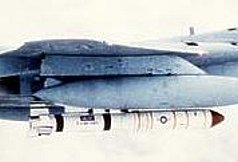 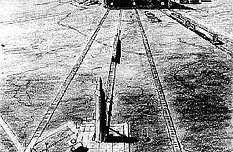 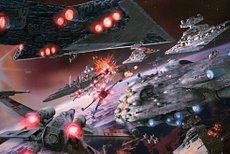 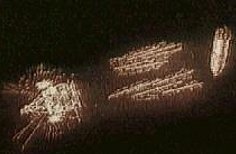 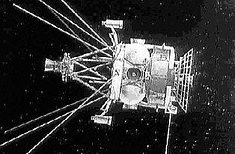 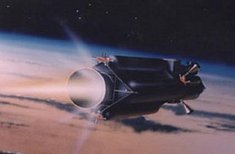 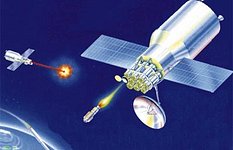 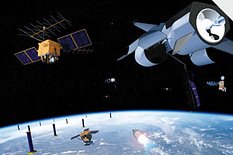 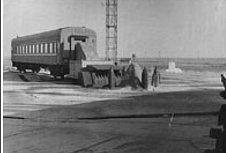 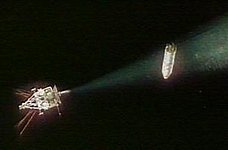 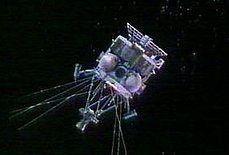 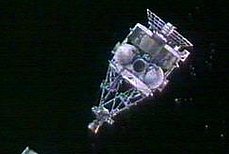 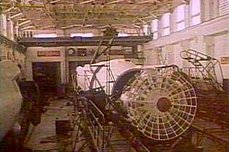 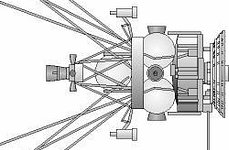 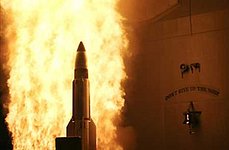 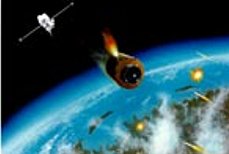 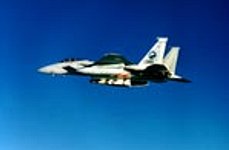 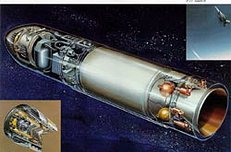 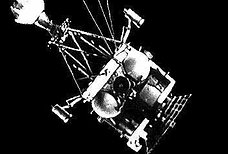 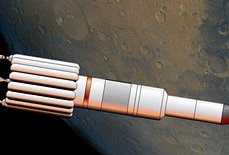 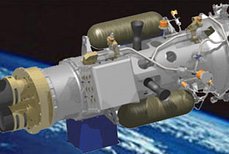 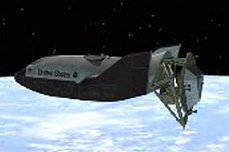 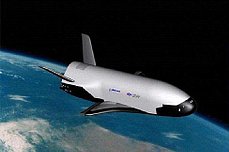 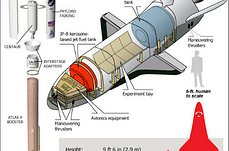 Participate in my latest Space Warfare research. See below links:

Military doctrine is the most important factor in winning individual battles and entire wars. Since wars are conflicts between human minds, those with the best minds and correct attitudes and execution authorities, usually win. This can be even more important for the space environment due to the unknown qualities of the vast distances involved, and lack of previous experiences in this futuristic new mode of warfare. The following charts illustrate some of the author’s concepts for basic military space doctrine. They are simply extensions of current and historical terrestrial warfare doctrine, strategies and tactics.

Figure 2.  Space Defense Identification Zones (SDIZ) employs classical Air Defense terminology to define regions of space with unique warning and command and control responsibilities. The specific definitions of these military space terms can be viewed in the attached appendix: “Space Glossary List”. It is interesting that classical Air Defense terminology transfers well to the space domain. Also note that Figure 2 illustrates a new way of thinking with space situation maps. Displays that show thousands of space objects orbiting the Earth are not too useful for planning purposes. These Altitude vs Inclination plots that the author invented 15 years ago illustrate the two most important factors concerning orbital maneuvering, and provide an essentially fixed map illustrating which space objects are close to each other, and could be potential threats. Specific regions of space, such as geosynchronous, sun-synchronous and GPS Medium-Earth Orbit (MEO) altitudes can be readily delineated on this space map, and segmented into differing battle management, command and control relationships.

Figure 1.  Strategic – Operational – Tactical Relationships gives the author’s first cut on possible space DEFCON (Defense Condition) strategic and tactical threat warning levels and how they relate to threat distances, and at what Level of War that planning occurs at.

Figure 3.  Space Defense Readiness Conditions defines these threat levels more specifically. These charts are derived from traditional Air Force air doctrine, but have been modified for space warfare purposes. The author felt it was important to break these DEFCON levels into both strategic and tactical levels. A strategic DEFCON can be declared for a certain larger Space Defense Identification Zone (SDIZ) and/or declared for a specific smaller tactical Close Attack Engagement Zone (CAEZ), depending on the number of currently active threats and the overall DEFCON level on Earth.

The next few charts give the author’s interpretation of traditional definitions for segmenting individual levels of terrestrial conflicts, as extended to the space environment.

Figure 4.  Fundamental Levels of War show this classical breakdown of the three Levels of War that are equally applicable to both terrestrial and space military operations. Note that during the author’s extensive experience in the space warfare arena, it is his impression that space warfighters usually only consider the Tactical Level of War and ignore the Operational and Strategic consequences. The deep political nature of space war definitely requires that all operators be fully aware of the consequences of their actions outside of the tactical realm. Denying the capabilities of a single adversary satellite may also deny the intelligence community’s ability to monitor that threat space system. Attacking an adversary satellite would directly reveal allied intentions, war plans, imply possible future operations, and reveal space capabilities previously unknow to adversaries. Even more of a critical consequence is the possibility that employment of space weapons will cause allied and adversary political re-alignments, post-conflict.

Figure 5.  Space Grand Strategy gives a notional schema of the processes involved with developing planning (the space portion is called Space Operational Art and Design – SOAD – contact author for this fundamental document) at this level of space war.

Figure 6.  Space Operational Level is an additional schema of the processes involved with developing planning at this level of space war. Notice that at this stage commanders and staff must assure de-confliction of space Courses of Action (COA’s) with terrestrial ones. Also, this is where commander’s intent, Rules of Engagement (ROE’s) and the Laws of Armed Conflict (LOAC) come into review and certification.

Figure 7.  Space Tactical Level is the final schema of the processes involved with developing planning for this level of space war. Notice that at this stage commanders and their staffs must assure de-confliction of specific space COA’s with other space COA’s.

A very critical aspect of outer space warfare is limiting the conflict to specific levels of weapons employment in specific theaters of operation. General escalation in space can also escalate or even initiate conflict on Earth.

For many years the author has been proposing that the State Department be included in any long-range architecture planning for theoretical space weapons technology and system architecture studies. The military can spend years and billions of dollars developing certain types of weapon systems, only to have the State Department nix its use in the end when it must be employed. Maybe if State is involved very early on in the development cycle, then any diplomatic sensitivities can be addressed early in the design or choice of weapon phenomenology before spending so much time and treasure. State can also recommend, as part of the architectural roadmaps, when new space treaties need to be addressed, and old ones re-negotiated. Past recommendations that State get involved in these space weapon studies, have always fallen on deaf ears.

The following charts give a preliminary basis as to which actions in space may cause potential adversaries to respond in an escalatory manner.

Figure 8.  Weapons Release Rules of Engagement gives a first look at what kinds of attack may be permitted according to the current level of conflict. In other words, if potential adversaries are generally at peace with allied nations, then there are more restrictions on weapons types that can be employed, then if conventional war has already broken out. Possibly only probing and reversible effects cyber kinds of attacks would be allowed in peacetime; but more permanent, damaging attacks, could be executed in general wartime situations. Note that the attached Appendix 3: “Space Glossary List” gives definitions of the differing levels of space attacks. Also note that there is a distinction in this chart between general terrestrial conflict and space conflict, as execution of space conflicts might be able to be hidden from the general population.

Figure 9. Potential Conflict Escalation shows notional Weapons Release Authorization Levels for different levels of conflict. An estimate of the potential for conflict escalation is given as probability percentages if more severe weapons are employed than is necessary for that particular conflict level. Note that these are perceived conflict levels and weapons severity of effects, and your adversary may be living by an entirely different rule book when it comes to space warfare. This is even more true for space conflicts, as the vast distances involved increase the ability to employ plausible deniability of any knowledge of what happened to some other country’s satellite. Also note that in Figure 9. Weapons Release Authorization Levels are only for satellites that cover and support the area of Earth that is currently in conflict, making them legitimate targets. If other satellite systems are on the other side of the Earth, they would be under different Rules of Engagement, as illustrated in Figure 10. Also note that extended lost communications from ground controllers (e.g., 24 hrs.) automatically increases Weapons Release Level by one step .

Figure 10. GEO Areas of Responsibility (AOR’s) illustrate the above discussed point as these satellites experience different Weapons Release Authorization Levels since they are not supporting the current conflict.

Figure 11. Potential Conflict Escalation shows probable escalation effects if too severe weapons are released early in lower levels of conflict. Numbers listed are probabilities that satellite actions taken at their authorized Weapons Release Level will cause conflict escalation to next Level of War.

Finally, Figure 12and Figure 13 show a potential Space Conflict Escalation Ladder that is linked to a terrestrial escalation ladder. This was developed by the author ten years ago to better illustrate how both space and terrestrial conflicts can influence each other, and possible spill over from one domain to another.

For any futher information or booking consultation services, please email: